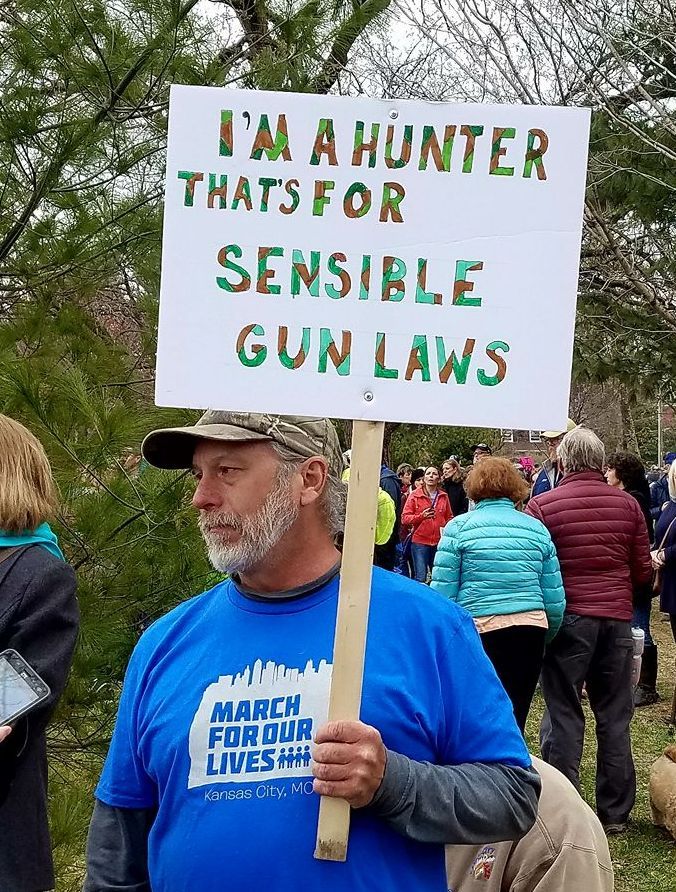 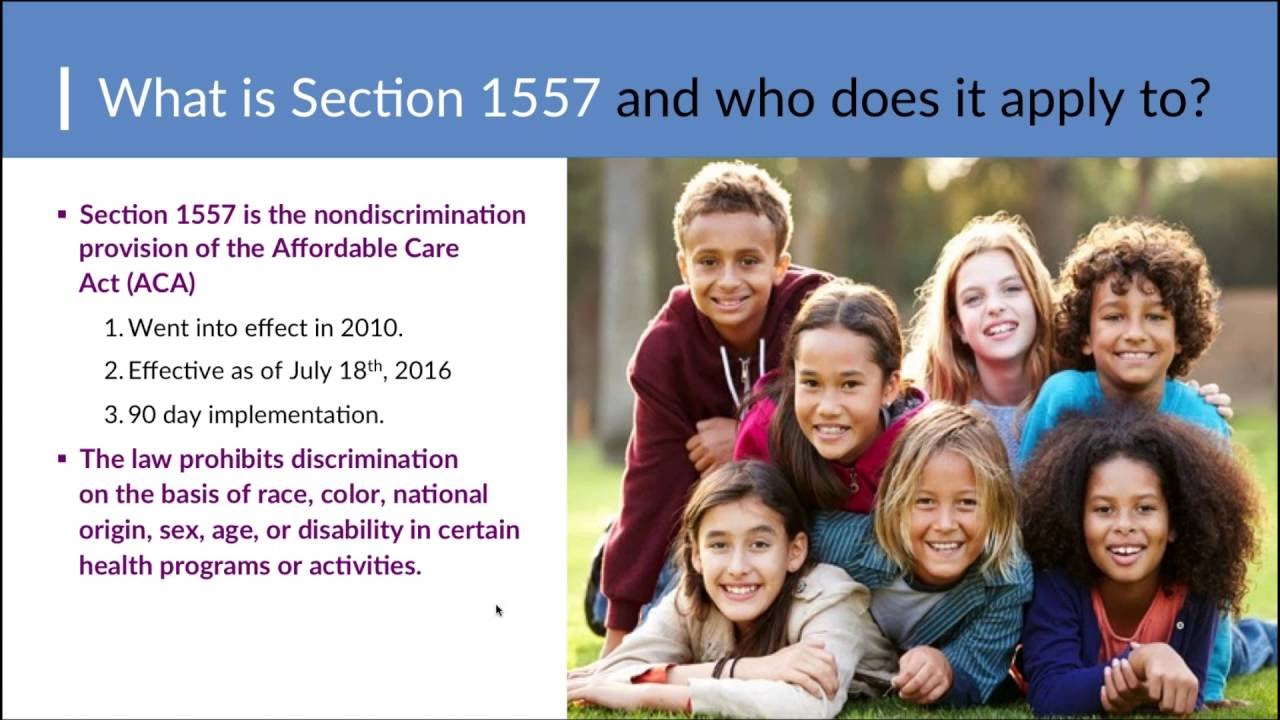 Healthcare in America - The Road Forward 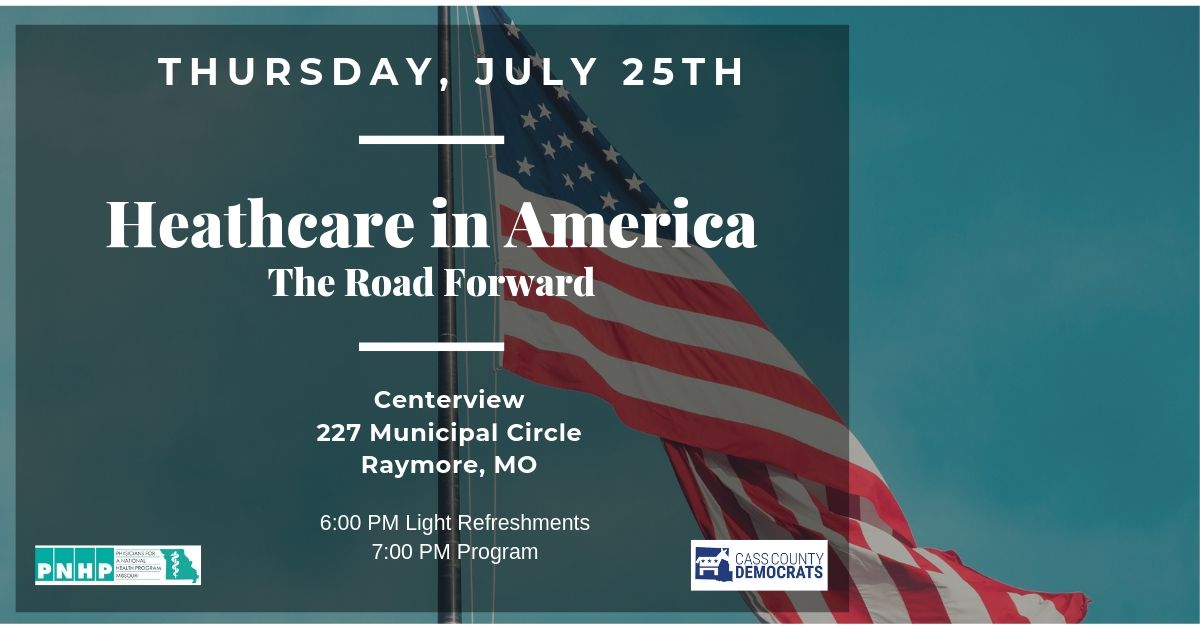 Missouri's health system is the 8th worst among the 50 states & the District of Columbia, losing more ground every year. The legislature has refused to expand Medicaid and our system is failing our children, elderly and working families alike.

Join us as we welcome Beth Andes MD, FACP. Dr. Andes has practiced internal medicine with a sub-specialty in Geriatrics for 40 years. She retired in 2018 to concentrate her efforts to bring health care for everyone. To that end, she volunteers with PNHP (Physicians for a National Health Program) and Missouri Health Care for All.

Please watch and then share the link below to view the movie "Fix It, Healthcare at the Tipping Point" then invite your friends, family, and neighbors to our forum on July 25th. 6:00 pm snacks and conversation. 7:00 pm program and discussion.

We will have the petition to expand Medicaid in Missouri at this event!

Join us at 6:00pm for a special $10 Taco Buffet and conversation.

At 7:00pm we'll introduce you to Erich Arvidson who is running for MO 4th Congressional District. We're anxious for you to meet Erich in person, but until then, here's a little more info: http://ericharvidson.com/meet-erich/

Please join us at our meeting Thursday night.  We have a special dinner buffet at 6:00 pm and our meeting at 7:00 pm. This month we are going to talk about Cass County politics and the races coming up in 2020.   We'll talk about how we are going to recruit a candidate for every open county race and every legislative district in Cass. Between what has happened in Jeff City and what is going on at the national level the time is now for everyone to step up, while we still can!  Never has it been more important for you to ask yourself...... 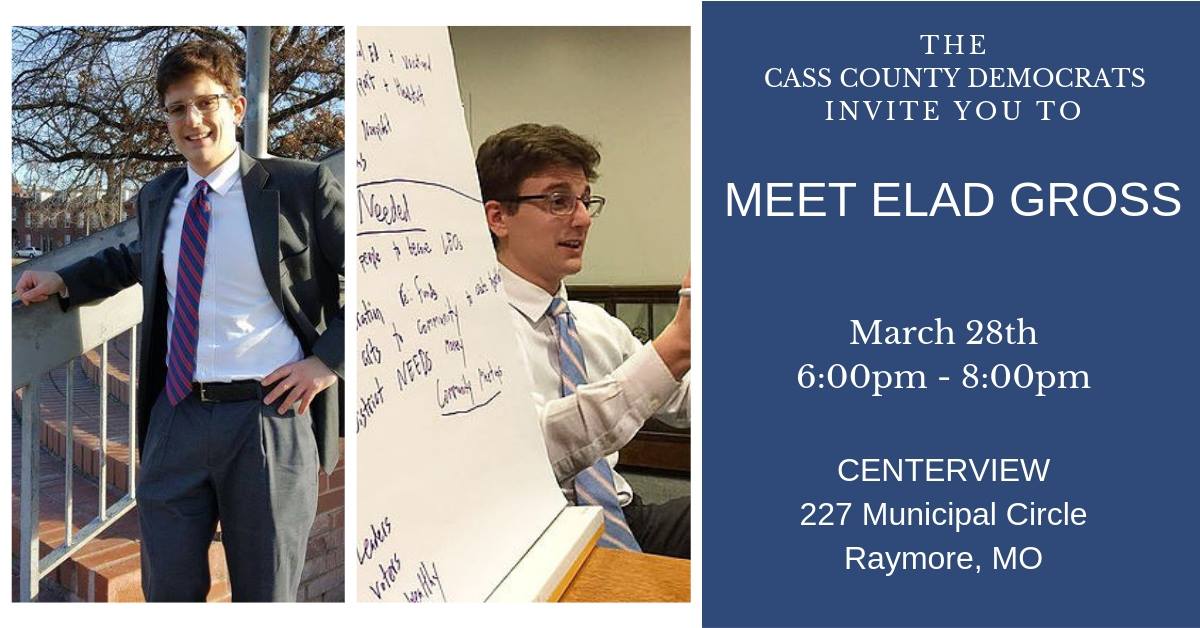 Elad is a constitutional attorney who served as Assistant Attorney General of Missouri until 2016. We are excited about his campaign because, as he puts it, "It's the Attorney General's job to stop these dark money groups pretending to be charities, taking taxpayer subsidies to steal our elections. To learn more about his campaign before the event, visit: https://www.eladgross.org/

This month we're collecting donations for Help Humane - A True No Kill Animal Shelter in Belton. Please look at this wish list and bring what you can to help this local animal shelter:

Join us Saturday, March 16th in the Belton St. Patrick's Day Parade. We'll meet at 4:00 pm in Memorial Park in Belton. You can ride on the float or walk with us, either way, come join in the fun!